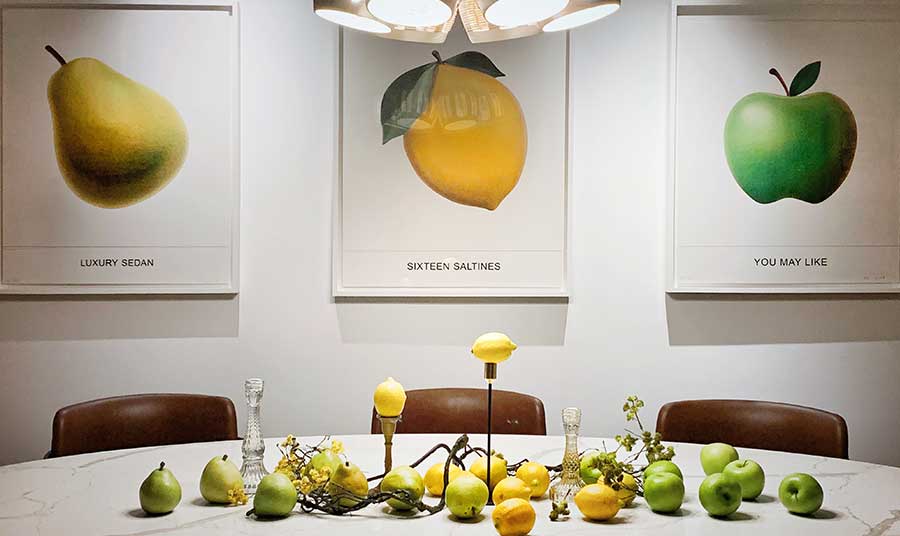 White Elephant Palm Beach - A work of art, inside and out.

While surrounded by gorgeous sandy beaches and charming park views, the most unique and alluring part of White Elephant Palm Beach may actually lay inside the property. Walk through the halls and into the rooms of the White Elephant's newest location in Palm Beach, Florida, and you won't be able to miss the exquisite artwork found throughout the boutique hotel. Guests are welcomed onto the property by a seven-foot white elephant statue by Santa Fe-based artist, Frederick Prescott. (A "sister" elephant statue, Trunket, is on the grounds of the original White Elephant in Nantucket). This statue is just one of 120 original pieces of colorful modern and pop art personally curated by the owners and Elkus Manfredi.

Featured artists found throughout the building include Robert Rauschenberg, whose early creations in the 1950s anticipated the pop art movement, and Jennifer Bartlett, known for her small, square steel plates that are combined in grid formations to create large-scale works. Several pieces by painter Kenzo Okada, the first Japanese-American artist to receive international acclaim using abstract expressionist style, will be on display, as will works by Donald Baechler, part of the East Village, New York 1980s art movement. A 54-inch round acrylic work by Orit Fuchs was specifically created for the hotel and is a focal point of the lobby; while six prints by Yinka Shonibare, who will unveil a new public sculpture installation in West Palm Beach in 2021, will be found on the second-floor corridor. Doodle Boy, a 10-year-old British artist, was also commissioned to create 30 exclusive pieces for the powder rooms. Using clean black lines hand drawn with a thick marker, he incorporated a hidden signature elephant in each of his drawings.

White Elephant Palm Beach is also located in an area with a bustling arts and culture scene. Venture outside our property and you'll find the Ann Norton Sculpture Gardens, which is home to 250 species of rare palms and cycad and nine monumental outdoor sculptures. Or visit the Henry Morrison Flagler Museum, one of Florida's oldest and most historic museums with rotating exhibits and intricate displays, music performances, and guest lecturers.

Adorned with specially curated fine art, you'll find that White Elephant Palm Beach is like no other. We look forward to having you stay with us when we open on November 4th.