SOME HOTELS DECORATE WITH ART. WE BUILT OUR ENTIRE hotel around it

From the lobby to the corridors, to the guestrooms, suites and even powder rooms, our hotel is unique, boutique and a true work of art. White Elephant Palm Beach was designed with this 120- piece art collection in mind, including our 7ft installation of a White Elephant sculpture by Frederick Prescott who welcomes each guest with a nod at the front door.

Below is a sampling of some of the wonderful artists and special pieces, with more information on the entire collection available at the front desk. 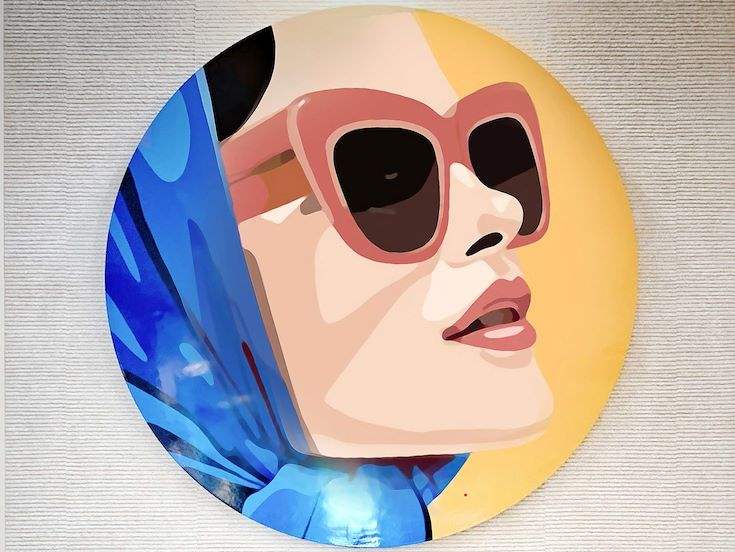 Christopher Le Brun has been a celebrated British painter, printmaker and sculptor since the early 1980s; he has also been an instrumental public figure in his role since 2011 as President of the Royal Academy of Arts in London. His paintings are references to music and literature, influences from his drawing and printmaking can also be found throughout this new work.

Specially commissioned for White Elephant Palm Beach, "The Lady of the House" holds a special place in our lobby.

An Isreali - based artist whose most central theme is the female image and the various forms it can take in modern society.

Her female characters are imbued with the full spectrum of human emotion and state of mind For Orit, it's creative journalism

Works:
Lady of the House

These surreal paintings conjure alternate realities, complete with jesters, buskers, and flying machines. Buhmann works from his imagination, fusing elements from art history and science fiction to create images that are uniquely dream-like in their inherent formal familiarity, but are in fact complete surrealist fantasy.

Born in 1962 in London and moved to Lagos, Nigeria, at the age of three. He returned to London to study Fine Art first at Byam Shaw School of Art and then at Goldsmiths College where he received his MFA.

Unstructured Icons, 2018 is a set of six relief prints with woodblock and fabric collage, contained within a wooden portfolio box bound in Dutch wax batik fabric selected by the artist

Based on Nantucket, Gail is known for her masterful abstractions & still life compositions, subjects and luminous paintings. As an artists she learned to combine traditional techniques with a fresh, contemporary aesthetic. Her method emphasizes color, tonality, composition and glazing which allows for a more fluid response to the subject matter at hand.

As a second-generation Pop artist, Baechler's paintings and prints are a reflection of a passion for collecting pop images and objects. Combining these images with his own uninhibited style of painting, Baechler creates what he calls an "illusion of history."

His work is in the collections of The Museum of Modern Art, The Whitney Museum of American Art, The Solomon R. Guggenheim Museum, The Museum of Contemporary Art, Los Angeles and The Centre George Pompidou, Musée National d'Art Moderne, Paris among other institutions worldwide.

When 10-year-old Joe Whale of Shrewsbury, England found it difficult to concentrate, he turned his attention to doodling. Using the front of his notebooks, extra scrap paper, and any other surface he could get his hands on, Whale doodled the day away, creating imaginative creatures, elaborate worlds, and wild storylines.

WEPB commissioned Joe to make 36 unique works for each guest bathroom throughout the hotel…look closely and you will spot a "white elephant" hidden in each of the works.

Dan Walsh explores perceptions of color and space through the use of linear, but irregular, geometric patterns. The artist allows his freehand strokes to deviate from formal perfection and introduce suggestions of living forms. His juxtaposition and layering of color creates depths and volumes that cause his shapes to hover over or recede into the picture's surface.

Kate Shepherd's paintings have been shown in galleries and museums since 1996. She superimposes a matrix of delicate lines on vibrant fields of color to depict the planar structure of interior or exterior spaces.

Spanish-born painter Santi Moix has studied and lived all over the world—from Italy to Catalonia, to Japan, to Morocco—eventually settling in New York. His art represents an intersection of influences from these vastly different cultures and artistic styles. His work is characterized by accumulation and fragmentation, sensuality and an acute sense of form.

Joel Shapiro's angular, geometric sculptures reference the human body in various positions and forms. Joel Shapiro's work bridges the gap between abstract and figurative sculpture in a keenly post-minimalist manner. In his prints, Shapiro often uses the same formal vocabulary to suggest a human presence, but generally is more concerned with the creation of spatial relationships.

With abstract forms drawn from the female body, Tracy Thomason explores material and figural transformation through collage, drawing, and painting. Her work seeks to establish a relationship between abstraction, spirituality, and common modes of feminine beauty. Thomason lives and works in Brooklyn, New York.

Peter Granados is an American artist whose paintings are a marriage between gestural abstraction and the epic novel. Carefully embedded between swathes of saturated color and a multitude of painting surfaces, the artist depicts complex narratives whose subjects range from Californian esoteric schools to the Greek tragedies of Euripides and Sophocles. Granados lives and works in Brooklyn, New York.

Known for his colorful "puddle" paintings, Ian Davenport has gone to great lengths in the name of experimentation - once even using an industrial wind machine to blow paint onto a canvas. In his recent works, the artist has been applying paint with a syringe, allowing it to run down the support (often steel) in distinct bands and puddle at the base.

Robert Rauschenberg was a prominent member of the American Post-War avant-garde. The artist's most famous sculpture-painting hybrids, Combines, broke through the two dimensionality of the canvas at a time when Abstract Expressionism dominated the scene.

John Baldessari worked up until his recent passing in January 2020 at 89 years old. Known as a conceptual artist, his work featured found photography and appropriated images.

Richard Serra is one of the most significant artists of his generation. He has produced large-scale, site-specific sculptures for architectural, urban, and landscape settings spanning the globe, from Iceland to New Zealand. He is 81 years old and lives and works in NYC.